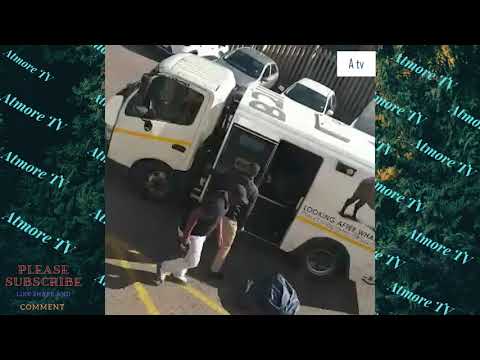 Note: New Reddit look may not highlight links. See old look here. A copy is hosted on GitHub for better reading experience. Check it out, contains photo of the month! Also on Medium

dcrd: Significant optimization in signature hash calculation, bloom filters support was removed, 2x faster startup thanks to in-memory full block index, multipeer work advancing, stronger protection against majority hashpower attacks. Additionally, code refactoring and cleanup, code and test infrastructure improvements.
In dcrd and dcrwallet developers have been experimenting with new modular dependency and versioning schemes using vgo. @orthomind is seeking feedback for his work on reproducible builds.
Decrediton: 1.2.1 bugfix release, work on SPV has started, chart additions are in progress. Further simplification of the staking process is in the pipeline (slack).
Politeia: new command line tool to interact with Politeia API, general development is ongoing. Help with testing will soon be welcome: this issue sets out a test plan, join #politeia to follow progress and participate in testing.
dcrdata: work ongoing on improved design, adding more charts and improving Insight API support.
Android: design work advancing.
Decred's own DNS seeder (dcrseeder) was released. It is written in Go and it properly supports service bit filtering, which will allow SPV nodes to find full nodes that support compact filters.
Ticket splitting service by @matheusd entered beta and demonstrated an 11-way split on mainnet. Help with testing is much appreciated, please join #ticket_splitting to participate in splits, but check this doc to learn about the risks. Reddit discussion here.
Trezor support is expected to land in their next firmware update.
Decred is now supported by Riemann, a toolbox from James Prestwich to construct transactions for many UTXO-based chains from human-readable strings.
Atomic swap with Ethereum on testnet was demonstrated at Blockspot Conference LATAM.
Two new faces were added to contributors page.
Dev activity stats for May: 238 active PRs, 195 master commits, 32,831 added and 22,280 deleted lines spread across 8 repositories. Contributions came from 4-10 developers per repository. (chart)

Obelisk team posted an update. Current hashrate estimate of DCR1 is 1200 GH/s at 500 W and may still change. The chips came back at 40% the speed of the simulated results, it is still unknown why. Batch 1 units may get delayed 1-2 weeks past June 30. See discussions on decred and on siacoin.
@SiaBillionaire estimated that 7940 DCR1 units were sold in Batches 1-5, while Lynmar13 shared his projections of DCR1 profitability (reddit).
A new Chinese miner for pre-order was noticed by our Telegram group. Woodpecker WB2 specs 1.5 TH/s at 1200 W, costs 15,000 CNY (~2,340 USD) and the initial 150 units are expected to ship on Aug 15. (pow8.com – translated)
Another new miner is iBelink DSM6T: 6 TH/s at 2100 W costing $6,300 (ibelink.co). Shipping starts from June 5. Some concerns and links were posted in these two threads.

A new mining pool is available now: altpool.net. It uses PPLNS model and takes 1% fee.
Another infrastructure addition is tokensmart.io, a newly audited stake pool with 0.8% fee. There are a total of 14 stake pools now.
Exchange integrations:
OpenBazaar released an update that allows one to trade cryptocurrencies, including DCR.
@i2Rav from i2trading is now offering two sided OTC market liquidity on DCUSD in #trading channel.
Paytomat, payments solution for point of sale and e-commerce, integrated Decred. (missed in April issue)
CoinPayments, a payment processor supporting Decred, developed an integration with @Shopify that allows connected merchants to accept cryptocurrencies in exchange for goods.

New merchants:
An update from VotoLegal:


michae2xl: Voto Legal: CEO Thiago Rondon of Appcívico, has already been contacted by 800 politicians and negotiations have started with four pre-candidates for the presidency (slack, source tweet)


Blockfolio rolled out Signal Beta with Decred in the list. Users who own or watch a coin will automatically receive updates pushed by project teams. Nice to see this Journal made it to the screenshot!
Placeholder Ventures announced that Decred is their first public investment. Their Investment Thesis is a clear and well researched overview of Decred. Among other great points it noted the less obvious benefit of not doing an ICO:


By choosing not to pre-sell coins to speculators, the financial rewards from Decred’s growth most favor those who work for the network.


"I own DECRED because I saw a YouTube video with DECRED Jesus and after seeing it I was sold."


May targeted advertising report released. Reach @timhebel for full version.
PiedPiperCoin hired our advisors.
More creative promos by @jackliv3r: Contributing, Stake Now, The Splitting, Forbidden Exchange, Atomic Swaps.
Reminder: Stakey has his own Twitter account where he tweets about his antics and pours scorn on the holders of expired tickets.
"Autonomy" coin sculpture is available at sigmasixdesign.com.


One project that stands out at #Consensus2018 is @decredproject. Not annoying. Real tech. Humble team. #BUIDL is strong with them. (@PallerJohn)

Community stats: Twitter 39,118 (+742), Reddit 8,167 (+277), Slack 5,658 (+160). Difference is between May 5 and May 31.
Reddit highlights: transparent up/down voting on Politeia, combining LN and atomic swaps, minimum viable superorganism, the controversial debate on Decred contractor model (people wondered about true motives behind the thread), tx size and fees discussion, hard moderation case, impact of ASICs on price, another "Why Decred?" thread with another excellent pitch by solar, fee analysis showing how ticket price algorithm change was controversial with ~100x cut in miner profits, impact of ticket splitting on ticket price, recommendations on promoting Decred, security against double spends and custom voting policies.
@R3VoLuT1OneR posted a preview of a proposal from his company for Decred to offer scholarships for students.
dcrtrader gained a couple of new moderators, weekly automatic threads were reconfigured to monthly and empty threads were removed. Currently most trading talk happens on #trading and some leaks to decred. A separate trading sub offers some advantages: unlimited trading talk, broad range of allowed topics, free speech and transparent moderation, in addition to standard reddit threaded discussion, permanent history and search.
Forum: potential social attacks on Decred.
Slack: the #governance channel created last month has seen many intelligent conversations on topics including: finite attention of decision makers, why stakeholders can make good decisions (opposed to a common narrative than only developers are capable of making good decisions), proposal funding and contractor pre-qualification, Cardano and Dash treasuries, quadratic voting, equality of outcome vs equality of opportunity, and much more.
One particularly important issue being discussed is the growing number of posts arguing that on-chain governance and coin voting is bad. Just a few examples from Twitter: Decred is solving an imagined problem (decent response by @jm_buirski), we convince ourselves that we need governance and ticket price algo vote was not controversial, on-chain governance hurts node operators and it is too early for it, it robs node operators of their role, crypto risks being captured by the wealthy, it is a huge threat to the whole public blockchain space, coin holders should not own the blockchain.
Some responses were posted here and here on Twitter, as well as this article by Noah Pierau.

The month of May has seen Decred earn some much deserved attention in the markets. DCR started the month around 0.009 BTC and finished around 0.0125 with interim high of 0.0165 on Bittrex. In USD terms it started around $81 and finished around $92, temporarily rising to $118. During a period in which most altcoins suffered, Decred has performed well; rising from rank #45 to #30 on Coinmarketcap.
The addition of a much awaited KRW pair on Upbit saw the price briefly double on some exchanges. This pair opens up direct DCR to fiat trading in one of the largest cryptocurrency markets in the world.
An update from @i2Rav:


We have begun trading DCR in large volume daily. The interest around DCR has really started to grow in terms of OTC quote requests. More and more customers are asking about trading it.


Like in previous month, Decred scores high by "% down from ATH" indicator being #2 on onchainfx as of June 6.

David Vorick (@taek) published lots of insights into the world of ASIC manufacturing (reddit). Bitmain replied.
Bitmain released an ASIC for Equihash (archived), an algorithm thought to be somewhat ASIC-resistant 2 years ago.
Three pure PoW coins were attacked this month, one attempting to be ASIC resistant. This shows the importance of Decred's PoS layer that exerts control over miners and allows Decred to welcome ASIC miners for more PoW security without sacrificing sovereignty to them.
Upbit was raided over suspected fraud and put under investigation. Following news reported no illicit activity was found and suggested and raid was premature and damaged trust in local exchanges.
Circle, the new owner of Poloniex, announced a USD-backed stablecoin and Bitmain partnership. The plan is to make USDC available as a primary market on Poloniex. More details in the FAQ.
Poloniex announced lower trading fees.
Bittrex plans to offer USD trading pairs.
@sumiflow made good progress on correcting Decred market cap on several sites:


speaking of market cap, I got it corrected on coingecko, cryptocompare, and worldcoinindex onchainfx, livecoinwatch, and cryptoindex.co said they would update it about a month ago but haven't yet I messaged coinlib.io today but haven't got a response yet coinmarketcap refused to correct it until they can verify certain funds have moved from dev wallets which is most likely forever unknowable (slack)

Some source links point to Slack messages. Although Slack hides history older than ~5 days, you can read individual messages if you paste the message link into chat with yourself. Digging the full conversation is hard but possible. The history of all channels bridged to Matrix is saved in Matrix. Therefore it is possible to dig history in Matrix if you know the timestamp of the first message. Slack links encode the timestamp: https://decred.slack.com/archives/C5H9Z63AA/p1525528370000062 => 1525528370 => 2018-05-05 13:52:50.
Most information from third parties is relayed directly from source after a minimal sanity check. The authors of Decred Journal have no ability to verify all claims. Please beware of scams and do your own research.
Your feedback is precious. You can post on GitHub, comment on Reddit or message us in #writers_room channel.
Credits (Slack names, alphabetical order): bee, Richard-Red, snr01 and solar.

Bitcoin comes to the rescue of protesters after banks and fintech apps ban fundraising accounts in Nigeria. Young Nigerians around the world have been protesting for days against police brutality after years of misconduct, especially by the Special Anti-robbery Squad (SARS). Bitcoin may revolutionize finance in any number of ways, but it is retro in one way: It has made bank robbery great again. Willie Sutton, when asked why he robbed banks, is supposed to have said ... A South African Bitcoin trader is recovering in intensive care following his abduction and torture by bandits who allegedly robbed him of almost $66 000 USD in Bitcoin and cash. The Great Bitcoin Bank Robbery: Hacking Bitcoing. Sean Everett wasn’t sure how his bullish bet on cryptocurrency would turn out. But he definitely didn’t expect it to be over so soon. In March, he sold all his stocks, including Apple and Amazon, and used a chunk of the proceeds to buy Bitcoin and Ethereum on a site called Coinbase. The decision made Everett, the CEO of artificial ... “Bank” that claimed to solve Bitcoin’s security problem robbed, shuts down

Pretoria cash-in-transit live caught on camera and the aftermath, the police seems to have taken their own time to respond to this scene. Please like, leave ... The way its planned is brilliant Onecoin promised the world, but only proved to be a trail of destruction. --- About ColdFusion --- ColdFusion is an Australian based online media company ind... The Carson City Sheriff’s Office Investigation Division is asking information in the robbery of an ATM at Wells Fargo Bank at 2424 South Carson Street. At approximately 5:44 PM, a technician was ... Armed Robbers Caught On CCTV In SOUTH AFRICA,,,,,PLEASE SHARE, LIKE ,COMMENT AND PLEASE DONT FORGET TO SUBSCRIBE,,THANK YOU FOR WATCHING Please be careful ou...