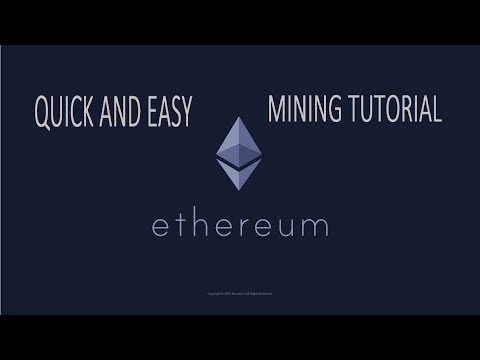 Kingdom of Fujiwe and Ark Tribe, two closely related projects, will use the technology behind the Ark Blockchain and its native token, Ark. The foundation laid out in this project will be scalable to most other video game or office software projects.

The story of Kingdom of Fujiwe (KOF) will be told as a visual novel, a story told with art and dialogue containing reward screens that give the player in-game backgrounds who are more detailed and show the characters at their new stage of relationship. KOF will follow the exploits of Sirielle Airi, a legal hacker in the service of the Kingdom of Fujiwe.
Visual novels generally employ mini-games. With KOF, mini-games involve managing Sirielle’s missions.
Like most visual novels, KOF will have multiple endings depending on the relationships that Sirielle develops during the game.
Different endings can be achieved through dialog between Sirielle and various mercenaries from the Draticornix, an elite division of the Sanctuary guild.

The role of the Ark blockchain regarding KOF will be twofold:

The application of these two technologies can easily be reused by other online merchants, as well as by software sales firms, and of course, for the gaming industry.
Challenges facing the adoption of such a system include the antagonistic relationship of gamers towards proof-of-work (POW) currencies (more particularly the miners behind them), and the number of transactions that the Ark network (or a sidechain) can bear.
The first obstacle regarding the attitude of gamers against cryptocurrencies is easy to overcome, because Ark’s blockchain is not a POW, but rather delegated proof of stake (DPOS). POW currencies, like Bitcoin, have been increasing the cost of graphics cards, which is one of the main causes for hatred among gamers.
The second is trickier due to the number of potential transactions needed to scale this system. At its peak, the service may incur thousands or millions of transactions over the course of a few hours with the release of video games on the most popular platforms.
A solution to this problem can only be found with the support, expertise, and consultation of the Ark team and members of the community. For KOF, the question does not arise. It is more likely that only one or two thousand users, distributed on the globe, will buy it.
KOF will act as a demonstration for the potential of building such a service.

The Ark Tribe Project will provide another real-world application of the Ark blockchain.

An alternative to bank loans, crowdfunding gives project owners the ability to raise the capital needed to seed their projects without the restrictions associated with traditional venture capital. Ark Tribe’s goal is to bring people together and foster new, exciting ideas that might otherwise not had the same exposure as they would in other, traditional settings.

Crowdfunding often entices donations from the community by offering other products associated with the main project. For instance, a mug with the design by the project’s artist, or a free artbook in a downloadable ebook format. This is in opposition to most traditional venture capitalists who are primarily concerned with receiving a return on their investment and profits.
Ark Tribe bridges that gap by encouraging the community to donate and contribute, but the goal of each project funded by the Ark Tribe should be to provide a return on the investments made in the crowdfunding projects.
This return would come from a fund specially created for Ark Tribe. Investors would thus be more inclined to help project leaders as their funds would be added to those individuals, enabling more projects to emerge.

Beyond the crowdfunding of projects, there is also social crowdfunding. In a world where health problems can ruin entire families, where poverty is not just a problem in the poorest countries, and the daily lives of families that have nothing, social crowdfunding holds out a generous hand to people who are in the deepest need.
This is a humanism that must be encouraged.
Ark’s delegation system offers a solution to those who have no family to turn to for help, or no friends because poverty often drives to isolation. This also goes for the dignity of people who have a need of social crowdfunding, but the conditions that have led them to be so in need should not be a public exhibition to relatives and neighbors.
To prevent social crowdfunding to be abused, and to respond to an emergency, a "tasks market" should be established within Ark Tribe. The tasks come from project holders.
Indeed, in the background application, they can add applications tasks, giving both the opportunity to work with people whose financial needs are immediate; and enable projects to move forward even during the crowdfunding campaign.
These tasks may be financed by the project leaders and by those funding the projects. They should allow people in need quick funds to get out of difficult solutions to find a solution to their problems.

Ensuring investors will receive a return on investment can be approached in two ways. The first is the formation of a wallet voting for a delegate whose interest will serve to compensate investors helping up projects above a certain amount. The second is to create a delegate node that would serve to ensure the return on investment of investor, again, a ceiling should be selected for deciding who is a “pro” investor.

The book of the history of the Kingdom of Fujiwe serves three essential purposes. The first is to draw attention to Ark and Ark Tribe. Distributed free of charge and offered on Steam for free, the eBook will help stir up public curiosity. It also used to structure the history of the Kingdom of Fujiwe (game) because the visual novels need a solid story. The third goal is to find potential partners for the game and start building a team of artists and writers.

Ark Tribe must be created and released after the book’s launch. Part will be the web platform, where projects come to life, the other will allow a project manager access to manage projects and coordinate teams. It is important to note that an English version of this project will be the priority, as the French market will be harder to find video game studios and artists. Although the platform will not be limited to these, they will be a primary source of projects and tasks.

Kingdom of Fujiwe will release completely translated into English because French niche is relatively undeveloped. It is vital to present the game both in English and French, so as to make the demonstrations in these two languages and reach as wide an audience as possible.


For the book, a crowdfunding campaign is held here: https://www.reddit.com/ArkEcosystem/comments/8ek2xn/mixing_literature_with_ark/

We have a co-writer (in English, no need in French) an editor (the person in charge to correct the text and manage inconsistencies) and 5 beta readers in each language. Translation English => French is also already covered, however, the need for a second professional to double-check is requested.

Beside the co-author and committed professionals who will get paid, there will be no direct gains from this project. A Patreon will be set up, which will include both the game and the book, people who have participated (author, programmers, etc.) will share the revenue made by the Patreon’s after expenses are taken out.

Project promoters should pay their expenses in fiat currency, in fact, while users work in Ark project bearers will get their donations in Tether to avoid the fluctuation of Ark price to put the projects bearers in trouble. We will need to create a bridge between Ark and Tether for that matter.
To support the team and projects, an Ark delegate will be created, which will fund the maintenance needs of these two projects. Sales of the Kingdom of Fujiwe will be added to the income. Kingdom of Fujiwe players will be invited to vote for the delegate.